When investing legend Warren Buffett buys or sells stock, Wall Street and investors are inclined to pay attention. Since taking over as CEO of conglomerate Berkshire Hathaway (BRK.A -0.53%)(BRK.B -0.73%) in 1965, he’s created more than $590 billion in value for his shareholders and led his company’s Class A shares (BRK.A) to an annualized return of 20.1% (through Dec. 31, 2021). That’s nearly double the 10.2% annualized total return, including dividends, for the benchmark S&P500 over the same time frame.

The Oracle of Omaha’s long-term success is built on a broad foundation. It’s a function of having a narrow research focus, collecting copious amount of passive income, favoring cyclical businesses, and holding his investments for years, if not decades.

But what you might not realize is that portions of Buffett’s portfolio are built to thrive in historically high-inflation environments. The following five Warren Buffett stocks are well-positioned to help you crush high inflation. 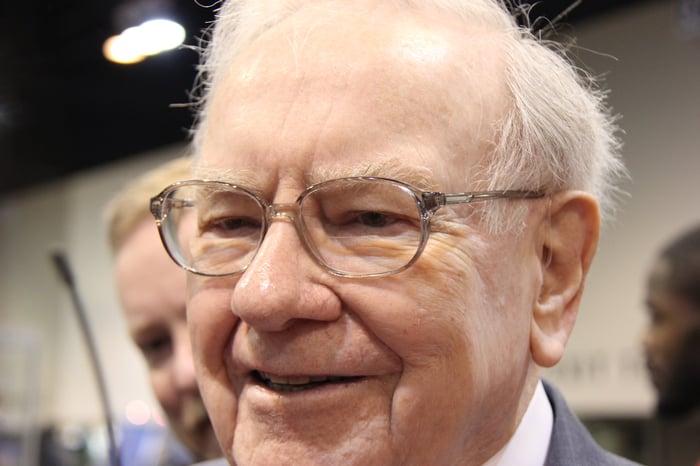 The first two longtime Berkshire Hathaway holdings that can help you put high inflation in its place are payment processors Visa (V -0.29%) and MasterCard (MY -0.39%). The reason I’ve chosen to lump these two companies together is because their operating models and catalysts are effectively identical.

Whereas retailers are feeling the pain of higher inflation, Visa and Mastercard are benefiting from consumers and businesses being coerced to spend more to buy the same amount of goods and services. Because Visa’s and Mastercard’s fees are based on total spending, inflation tends to drive up the amount of revenue both companies are bringing in.

Investors should also note that Visa and Mastercard are cyclical businesses. While they do contend with weaker spending during recessions, periods of economic expansion last considerably longer than recessions. Over time, both companies are able to take advantage of the natural expansion of the US and global economy.

To add to the above point, neither Visa nor Mastercard act as lenders. Though they wouldn’t have any issue generating interest income as lenders, doing so would expose them to potential loan delinquencies and charge-offs during recessions. By strictly sticking to payment processing, Visa and Mastercard have de-risked their respective operating models and positioned themselves to rebound faster than most financial stocks following an economic downturn.

Chevron is set to benefit immensely from multidecade highs in crude oil and natural gas. These two commodities have played a big role in pushing the trailing-12-month inflation rate in the US to 8.6%, as of May 2022. Reduced drilling and infrastructure investments by energy companies during the pandemic, along with Russia’s invasion of Ukraine, have disrupted domestic and global supply chains and left no easy fix. If prices remain elevated, Chevron’s upstream operations shouldn’t have any issue raking in profits.

But the key word here is “integrated.” If oil and natural gas prices were to suddenly tumble, Chevron’s cash cow wouldn’t disappear. This is a company that also owns and operates midstream (eg, pipelines and storage) and downstream (eg, refineries and chemicals) assets. It’s well hedged against whatever the energy complex throws its way.

The icing on the cake is that Chevron plans to repurchase $10 billion worth of its common stock this year and is parsing out a 3.8% yield. 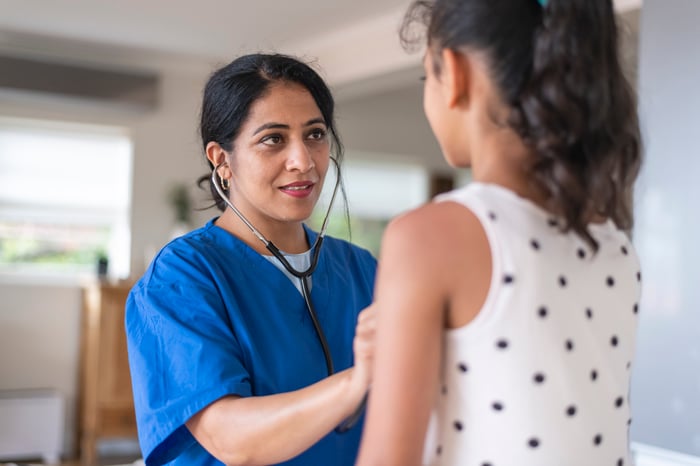 healthcare stock Johnson & Johnson (JNJ 1.58%)which is admittedly one of Warren Buffett’s smaller holdings by market cap, is yet another example of a company that can help investors fight back against high inflation.

The beauty of healthcare stocks is that they’re defensive. No matter how high inflation gets or how poorly the US economy performs, people are still going to require prescription drugs, medical devices, and healthcare services. This provides a predictable level of demand and operating cash flow for J&J year in and year out.

Johnson & Johnson’s success is also a result of its operating structure. The bulk of J&J’s operating margin and sales growth derives from selling brand-name pharmaceuticals. However, brand-name drugs have finite periods of sales exclusivity. To counter this inevitable patent cliff, J&J can lean on its medical device segment, which is perfectly positioned to benefit from an aging domestic population.

A fifth and final Warren Buffett stock that can help you crush historically high inflation is real estate investment trust (REIT) STORE Capital (STOR 0.74%). REITs are required to pay out most of their earnings as a dividend, which for investors of STORE Capital equates to a delectable 6% yield.

What makes STORE such a perfect REIT to tackle inflation is its investment focus and lease structure.

Working backwards, STORE specializes in triple-net leases. A triple-net lease requires the tenant to cover all property expenses, which includes utilities, maintenance, and even the tax and insurance associated with the property. Although triple-net leases typically result in lower rental rates, pushing all property costs on tenants means high inflation won’t come back to bite STORE Capital in its pocketbook. In short, STORE Capital’s adjusted funds from operations is highly predictable.

As for its investment focus, STORE almost exclusively puts its money to work in profit-center real estate for middle-market companies (ie, generally small-cap businesses). In plain English, this means STORE purchases properties that are essential to the profitability of the companies it leases to. Because it owns these critically important properties, the risk of tenants not paying their rent is very low.