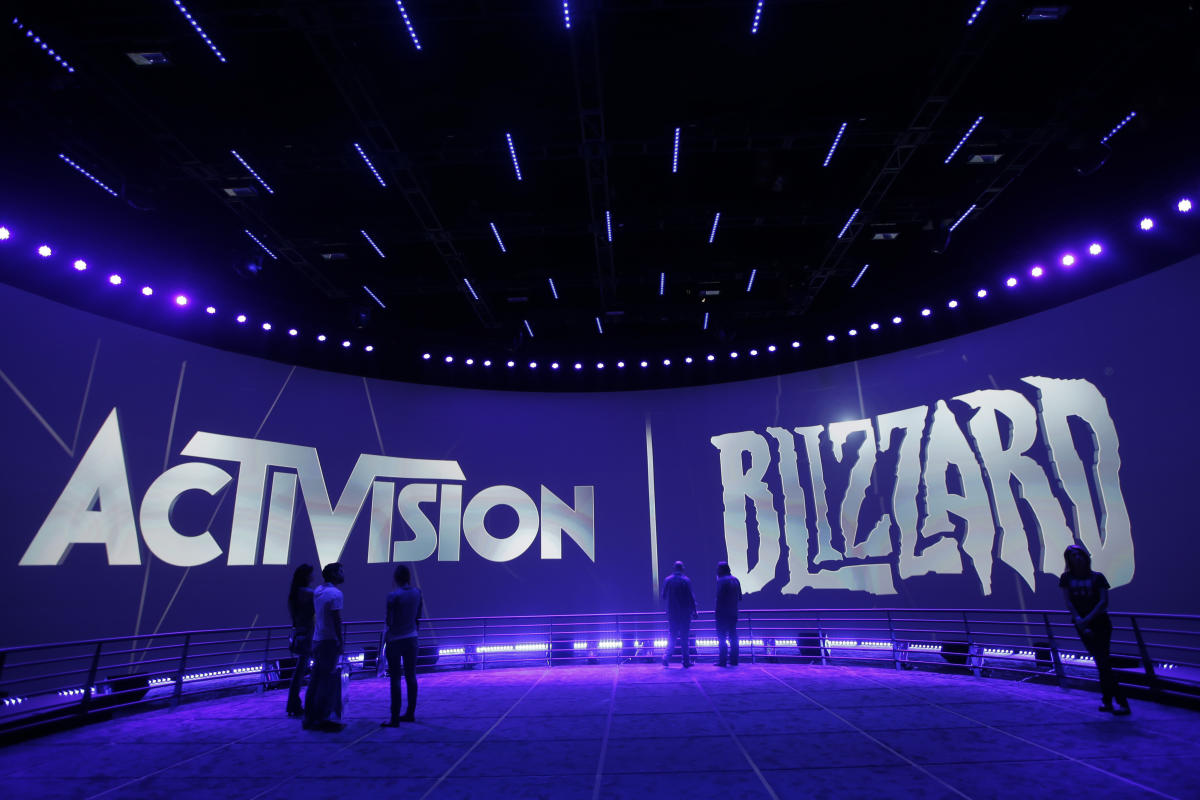 “Call of Duty” maker Activision Blizzard (ATVI) reported its Q2 earnings after the closing bell Monday, beating analysts’ expectations on revenue, but falling short on the bottom line as the industry contends with a slowdown from its pandemic-era highs.

Here are the most important numbers from the announcement versus what Wall Street was anticipating from the gaming giant, as compiled by Bloomberg.

Shares of Activision Blizzard were largely flat following the report.

The gaming industry is undergoing a serious hangover following its explosive growth during the pandemic. Both Microsoft (MSFT) and Sony (SONY) reported slowdowns in software sales and user engagement during their latest earnings.

In June of this year, according to NPD, spending across game hardware, content, and accessories dropped 11% year-over-year to $4.3 billion.

But Activision Blizzard has a huge lineup of titles coming including a new “Call of Duty,” new free-to-play “Call of Duty: Warzone,” and more.

“Even in a challenging economic environment, with so many companies announcing hiring freezes and layoffs, our development headcount grew 25% year-over-year as of the end of the second quarter.”

Microsoft is also waiting to learn if its planned acquisition of Activision Blizzard can move forward. While Microsoft has said that it’s confident the $68.7 billion deal will close by the end of fiscal 2023, the Federal Trade Commission is still looking into the purchase.

Global regulators are also examining the acquisition. On July 6, the UK’s Competition and Markets Authority announced that it launched an investigation into the move. The authority is expected to announce its findings on Sept. 1.

If the deal goes through, Microsoft would gain access to Activision Blizzard’s massive library of games including “Call of Duty” and “World of Warcraft.” Microsoft, meanwhile, has assured fans that if regulators approve the acquisition, “Call of Duty” will still be available on Sony’s consoles.

Activision Blizzard has been dealing with the fallout from explosive allegations that it, and Kotick, fostered an environment akin to a frat house atmosphere plagued by sexual harassment and gender discrimination.

In March, the company paid $18 million to settle a lawsuit filed by the US Equal Employment Opportunity Commission related to the allegations. California’s Department of Fair Employment and Housing also filed a lawsuit against the gaming company, though that case is still pending.

In a statement to Yahoo Finance, a spokesperson for Activision Blizzard said, “Our priority is and always will be having the very best workplace for our employees. The DFEH filed its allegations without completing its investigation and failed to follow its own investigative requirements and conciliation procedures. It has been accused by the EEOC and others of unethical conduct. No court has ever found the DFEH’s allegations to be true.”

Click here for the latest stock market news and in-depth analysis, including events that move stocks

Read the latest financial and business news from Yahoo Finance

Download the Yahoo Finance app for apple or android