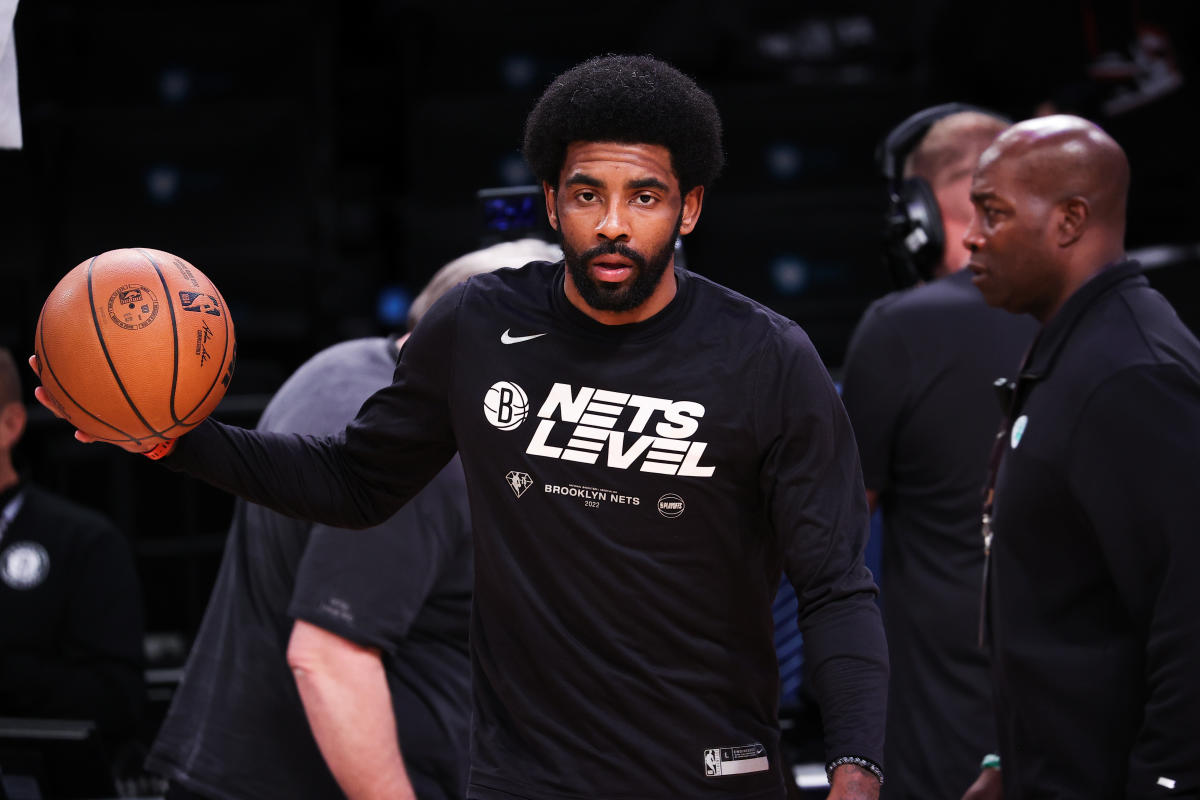 Kyrie Irving is, undoubtedly and unquestionably, one of the best basketball players in the world.

You still have to wonder why anyone would want him on their team.

Irving is reportedly at an “impasse” in discussions with the Brooklyn Nets about his future. Details are scarce, but The Athletic reported that Irving is considering “the open marketplace” rather than exercising his $36.9 million player option for the 2022-23 season prior to the June 29 deadline.

The story is probably just a negotiating ploy by a pouting player, and whatever it is Irving desires, he may wind up getting from Brooklyn. To leave, he’d likely leave money on the table. Who knows though? Who ever knows when it comes to this guy?

It all is part of the same behavioral pattern that should cause concern for any team in the “open marketplace” that tries to get him. Or Brooklyn just getting him back.

He’s a hell of a player, but it can be hell having him as a player.

Let’s consider his Brooklyn tenure thus far. He arrived three years ago with Kevin Durant under a supermax contract and the promise of NBA championships. He has played in just 103 regular-season games while the Nets have won just one playoff series and got swept in the opening round this past season.

The 2021-22 season was a disaster in part because Irving wouldn’t get a COVID-19 vaccine and couldn’t play in home games. That’s his choice and the Nets had no problem with it — at least publicly.

They allowed him to show up on an uneven schedule, bent over backward to avoid criticism and were supportive of his personal views impacting his professional life even if Irving’s lack of availability essentially made the season, and a year of Durant’s precious prime, a waste.

After being swept by Boston in April, Irving then declared he would stick around with Durant and “looked forward to managing this franchise together alongside Joe and Sean.”

Despite all of that patience and loyalty … Irving is already looking to leave?

Of course he is.

He won an NBA title in Cleveland in 2015-16, but the next year his relationship with LeBron James turned so icy that they, according to Kyrie, were barely talking. He soon demanded a trade rather than stick with James, who would get the Cavs back to the Finals anyway.

“If I was in the same maturity line and understanding of who I am, and I look back, we definitely, definitely would’ve won more championships, because there would’ve been a better man-to-man understanding about what I’ m going through,” Irving said on the “I Am Athlete” podcast this spring. “I didn’t know how to share my emotions. I didn’t know how to do that. So instead of sharing, I isolated myself.”

He found himself in Boston, as the team’s top dog. This was a historic franchise with a huge fan base. Irving first said he liked it so much he wanted to retire there. Yet it lasted just two years before leaving for Brooklyn as a free agent.

If he was as adept at recognizing talent as he claims, and as dedicated to winning titles as he claims, he would have recognized that the Celtics’ roster featured Jayson Tatum, Jaylen Brown and Marcus Smart (all under 25 at the time) for him to lead. Instead he left and that core got the Celtics to this season’s NBA Finals without him.

If Kyrie is serious about hitting that open market again then it would mean in the past five years he left LeBron, KD, Tatum and others all in a search for something … better?

There’s no better. He bailed on being a second superstar (Cleveland) to be the sole superstar (Boston), then bailed on that to be an equal superstar (Brooklyn), and found none of them to his liking.

And while every breakup has two sides, the one constant here is Irving. It’s hard to imagine what Cleveland, Boston and Brooklyn could have done differently. If anything, they coddled him.

If nothing else, Irving could stick to the plan that he and KD set forth.

Instead it’s another sourced story full of threats to blow it all up.

So maybe he actually goes, but it is caveat emptor for whatever team bends over for him.

Thirty years old now, 11 seasons in the NBA, and there is no doubt about Kyrie’s talent on the court. It’s everything else that no one can figure out.