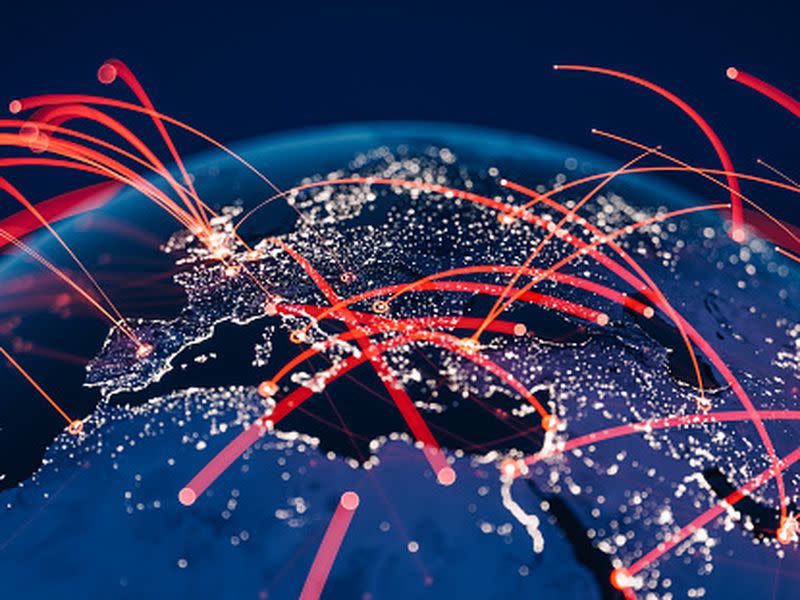 price: Bitcoin loses its bounce to drop below $20,000 before regaining ground; other major crypto decline.

Insights: DeFi keeps its head up in the current crypto whirlwind.

Catch the latest episodes of CoinDesk TV for insightful interviews with crypto industry leaders and analysis. And sign up for First Mover, our daily newsletter putting the latest moves in crypto markets in context.

So much for good things.

Bitcoin ended a three-day run of price increases on Wednesday, sinking below the $20,000 threshold it surpassed two days earlier before regaining this perch later in the afternoon.

The largest cryptocurrency by market capitalization was recently trading at about $20,100, down more than 2% over the past 24 hours. The decline came just two days after bitcoin cracked $21,000 as investors swooped in following a weekend dip, and amid a brief lull in the crypto calamities that have afflicted the industry in recent weeks.

Ether, the second-largest crypto by market cap, was recently changing hands at approximately $1,050, down over 5% in the past 24 hours. Other major cryptos were well into the red with troubled crypto lending platform Celsius (CEL) off by as much as over 20% and WAVES down 13%.

Investors once again shied away from riskier assets while digesting the latest inflation remarks by Federal Reserve Chairman Jerome Powell, who testified to the Senate Banking Committee that the US might not avert a recession as the Fed continues its current monetary hawkishness. In separate commentaries, the CEO of Deutsche Bank and analysts from Citigroup predicted a 50% likelihood of recession. Fed critics have maintained that the bank waited too long to boost interest rates, forcing it to adopt the harsh measures that seem likely to spur economic contraction.

“It would have been better if the Fed took ‘transient’ inflation seriously earlier this year instead of downplaying it,” Mark Lurie, CEO of crypto software provider Shipyard Software, wrote. “But at this point, the Fed is doing the right thing by raising interest rates – inflation is public enemy #1.”

“The downside is that it’s too late now to do so painlessly, and Powell is likely again downplaying the risk of a recession. It’s probably already here. This bodes poorly for crypto short term. Investors who may have bought the BTC dip earlier in the week may be realizing there will not be a quick recovery, driving today’s slow drop back to $20K.”

Crypto news was more nuanced on Wednesday than during recent months, when the daily drumbeat of industry mishaps and mini crises weighed on prices. On the upside, the Monetary Authority of Singapore (MAS) granted in-principle digital token payment licenses to crypto exchange Crypto.com and two other companies. The licenses will enable the three firms to offer services in the country, which has upped its scrutiny of crypto assets in recent months.

Later in the day, Jon Cunliffe, deputy governor of financial stability at the Bank of England, struck an upbeat note in a speech at the Point Zero conference in Zurich, saying that crypto technology’s ability to eliminate middlemen in financial trading shouldn’t lead to the kind of risk shortfalls that caused the 2008 financial meltdown. Cunliffe expressed faith in crypto, saying the technology will outlive current volatility, just as the internet economy ultimately overcame the dot-com crash of 2001. His comments came little over a week after BOE governor Andrew Bailey reiterated his stance that cryptocurrencies have “no intrinsic value.”

Voyager Digital (VOYG) shares fell more than 60% after the crypto broker disclosed its exposure to beleaguered hedge fund Three Arrows Capital (3AC) and said it may issue a “notice of default” to the crypto fund if it fails to make a loan refund. Voyager’s exposure to 3AC consists of 15,250 bitcoins ($370 million) and $350 million USDC, the company said in a statement Wednesday.

Shares of crypto exchange Coinbase, which have received a monthslong battering during the crypto crash, fell nearly 10% to close just under $52, near their all-time low.

Yet Lurie of Shipyard Software said optimistically that the recent crypto downturn was a sign of crypto’s maturation.

“The more sensitive it is to macro conditions, the more proof there is that it’s taken seriously as an asset class part of a professionally balanced portfolio,” he said. “That’s a positive sign long term.”

DeFi Keeps Its Head Up in the Current Crypto Whirlwind

The decentralized finance (DeFi) sector has held up well amid troubles at centralized crypto companies this month. There were hardly any massive on-chain liquidations, surprises or smart contract failures across popular DeFi apps, including Aave, Compound, Maker and others, even as crypto markets shed value.

“Established DeFi lending protocols like Aave, Compound and Maker have not had any downtime or withdrawal limitations due to excessive risk-taking of borrowers,” Alex Svanevik, founder of crypto data firm Nansen, shared in Twitter messages with CoinDesk.

“The transparency and real-time monitoring of on-chain transactions enable everyone to see liquidations and value at risk at those levels,” Svanevik added.

Svanevik highlighted that over $6 billion was repaid on Aave and Compound, both lending and borrowing platforms, which equated to a 64% reduction in their debt outstanding.

“That’s almost twice as much reduction in TVL (total value locked) compared to last year’s May crash (-36%), and we have seen some very large investors repay massive positions, most notably a single wallet repaying 140K ETH on Aave after some initial on-chain liquidations last week,” he said.

Such moves didn’t cause any unforeseen contagion damage in the crypto ecosystem, a showcase of the resilience of DeFi applications that rely on smart contracts to conduct financial transactions instead of centralized third parties.

Meanwhile, Svanevik said the centralized manner of operations in some crypto businesses caused the downturns of the past few weeks: “What we are seeing is that the shadow credit system across centralized lenders have enabled excessive leverage and risk into the system with little to no visibility to users until forced selling started and withdrawal stops hit last week, reminiscent of Archegos margin calls last year or Robinhood’s 2020 outage.”

Svanevik noted that the percent of holdings in stablecoins for wallets labeled as smart money by Nansen spiked to all-time highs last week – suggesting a sign of “aggressive de-risking” as well as repayment of on-chain loans.

“We are already seeing signs of this ratio coming down again, indicating smart money is deploying again,” Svanevik concluded.

The DeFi sector did, however, see some governance drama in the past week at Solana-based lending protocol Solend, as reported, with the potential issue subverted on Tuesday.

Market capitalization fell under $1 trillion earlier this month as recession and inflation fears led to a slowdown in broader markets. Bitcoin saw a nearly 12-week decline that pushed prices to as low as below $18,000 last week – marking the first time the asset fell below the highs of the previous cycle.

A decline in crypto prices in early May caused contagion risks within the crypto ecosystem, starting with the implosion of Terra’s UST stablecoin in mid-May. The dollar-pegged coin dropped to a few cents while the protocol’s flagship LUNA tokens plunged nearly 100%.

That caused the value locked on Terra applications to tumble by $28 billion and lead to Three Arrows Capital seeing hundreds of millions of dollars in losses.

In June, crypto lender Celsius Network saw troubles as it disabled user withdrawals, citing “extreme market conditions.” That led to rumors of insolvency among crypto circles. Its peers were seemingly affected as well: Lender BlockFi said this week it had secured a $250 million credit facility from crypto exchange FTX to bolster its “balance sheet and platform strength.”

In case you missed it, here is the most recent episode of “First Mover” on CoinDesk TV:

Tech Giants Create Metaverse Standards Forum for Software and Terminology Standards: Meta Platforms, Microsoft, Nvidia, Unity, Sony and 30 other companies are coming together to build the infrastructure for an interoperable metaverse.

Crypto Exchange dYdX to Start a Standalone Blockchain: The layer 1 blockchain will be built in the Cosmos ecosystem.

Is Sam Bankman-Fried a Modern-Day Robber Baron?: In bailing out the crypto industry, the digital asset titan is acting like at least one Gilded Age financier.

“Later this year, we’ll begin sunsetting Coinbase Pro to migrate all advanced trading into one unified Coinbase account, bringing customers access to popular features like staking, Borrow, dapp wallet, and Coinbase Card from a single platform balance.” (Coinbase blog post) … “Over the last few years, we have seen other governments make real progress in establishing a central bank digital currency. The longer the United States government waits to embrace this innovation, the further we fall behind both foreign governments and the private sector. It is time for Congress to consider and move forward with legislation that would authorize a US CBDC. I hope that this white paper will contribute meaningfully to that dialogue.” (US Rep. Jim Himes proposal for a USDC) … “Central-bank officials have made rising yields an explicit policy goal. Higher yields translate to higher borrowing costs for businesses and consumers, which should eventually lead to less borrowing, reduced spending and a slower rise in consumer prices.” (The Wall Street Journal) …