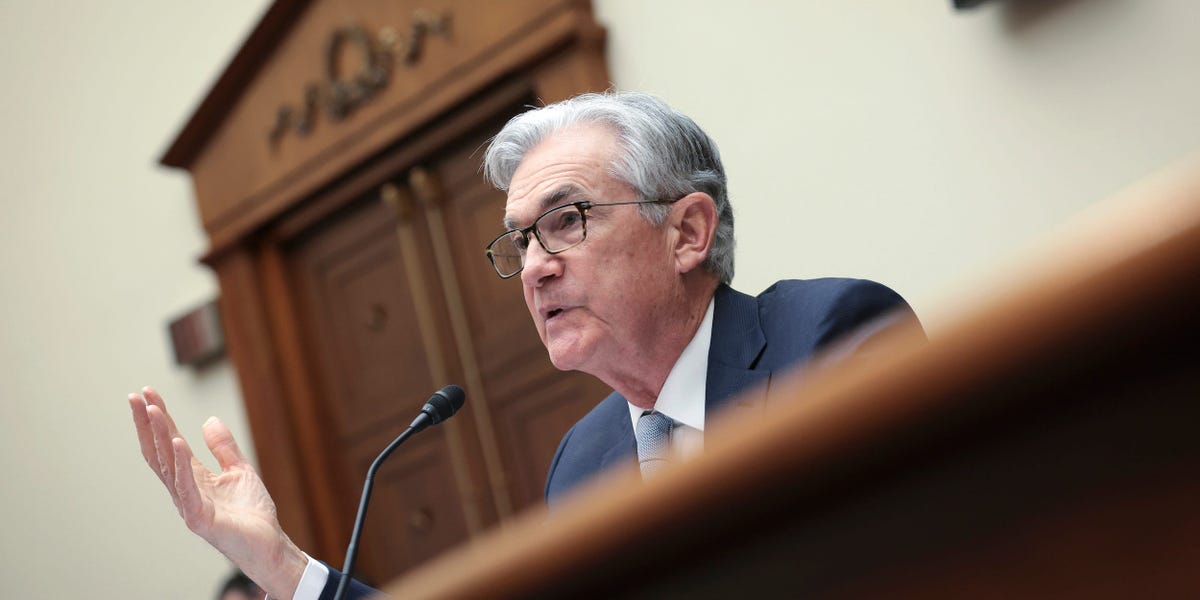 is in full inflation-fighting mode, but it has a problem. Slowing the price surge in the goods slamming Americans’ wallets the most requires a scalpel, and the Fed’s best tool acts much more like a hammer.

The Fed’s move to higher interest rates aims to cool inflation by broadly weakening demand. They translate to price mortgages, car loans, and credit-card debt, and such increases tend to slow Americans’ spending.

Yet the prices hurting Americans the most are flying under the radar. Food and energy prices surged again through May as the war in Ukraine continued to hamper supply. Gasoline prices leaped 4.1% through the month while food costs soared 1.2%, according to the Consumer Price Index.

Fed Chair Jerome Powell appeared in front of the Senate Banking Committee on Wednesday for a semiannual hearing on monetary policy, and lawmakers were quick to lay out the mismatch plaguing the central bank. The Fed started raising interest rates in March and has since accelerated its hiking plans. Officials approved a 0.75 percentage point rate increase on Wednesday, marking the largest hike since 1994.

“I would not think so, no,” the chairman said, adding that higher rates wouldn’t immediately cool food inflation either.

The discrepancy strikes at the biggest economic risk facing the US. With rate hikes serving as a relatively blunt tool broadly targeting investment and consumption across the economy, economists fear the Fed could go overboard with weakening demand. A sudden pullback in consumer spending could lead companies to cut costs by laying off workers.

In economists’ worst-case scenario, the US enters a

that features high inflation, high unemployment, and slow growth, a harmful phenomenon also known as “stagflation.” Several Democrats on the committee urged Powell to keep the Fed’s maximum-employment goal in mind, arguing an aggressive hiking cycle could erase some of the labor market’s rebound.

“The risk is that the measures you’re taking will slow down other parts of the economy without getting us the benefit of lower prices,” Sen. Chris Van Hollen of Maryland told Powell.

For now, the Fed is acting fast in an attempt to start cooling inflation. Prices broadly rose 8.6% in the year through May, surpassing experts’ forecasts and reflecting the fastest price growth since 1981. The reading erased hopes that inflation peaked in March and stoked new fears that the elevated pace could become a permanent feature of the US economy .

The chair reiterated his view on Wednesday that the economy is “very strong and well positioned to handle tighter monetary policy.” Much of that strength comes from the labor market, which remains “extremely tight,” Powell said. There are still about two job openings for every available worker, signaling demand for employees continues to outstrip supply at a historic rate.

Cooling price growth with higher rates could levy some pain on workers, but the country needs to get to more sustainable inflation levels “so we can have the labor market that we really want,” Powell said.

“There are parts of the economy where demand exceeds supply and that’s where we think our tools can help,” he said, later adding. “The question of whether we’re able to accomplish [a soft landing] is going to depend, to some extent, on factors that we don’t control.”