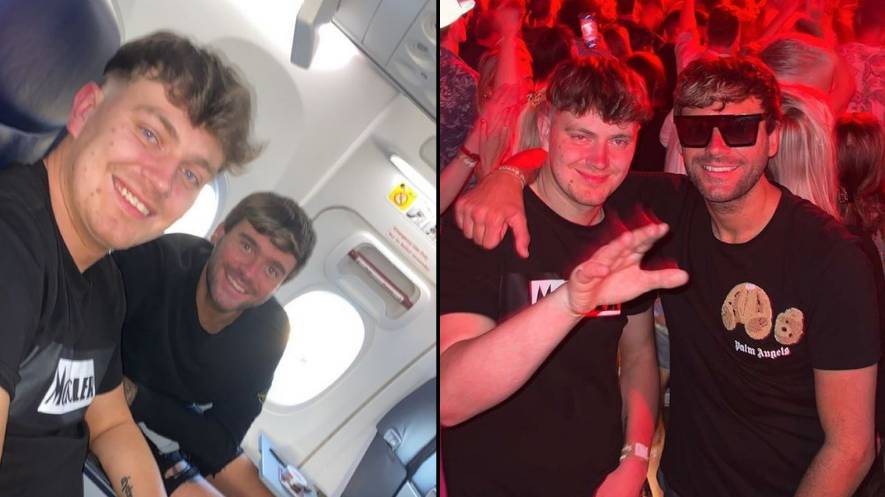 We’ve all had those nights where ‘one drink’ turned into shots, clubs and a very sore head the next day, but two lads took things to the extreme when they ended up traveling to Ibiza for a full weekend rager.

Friends Dan Evans and Alex Stubbs began their spontaneous weekend trip with a drink on a Friday afternoon in Merthyr, Wales, and the naive promise that they would be home by 11:30pm that same night.

Things started to take a turn after someone suggested the two friends take a spontaneous trip to Magaluf in Majorca, and with no reason to think it was a bad idea they stopped home to grab their passports and phone chargers and hopped in a taxi to Cardiff Airport .

Unfortunately the flight to Majorca was fully booked when Dan and Alex showed up at the airport, but there were spaces left on a plane to Ibiza. They didn’t have a hotel or a return flight, but since they’d already come so far the pair embarked on their journey and landed in Ibiza, where they bought some shorts and headed straight to the Ocean Beach club before finding a nightclub.

Dan told LADbible neither he nor Alex slept for the entirety of their weekend, instead just staying awake for the whole 36 hours before crashing on the way home.

After two days of sun and partying, Dan and Alex returned to the airport and booked themselves back on the only flight available, which went to London Stansted. Thankfully they made it back to Wales with plenty of time for work the next day, though Dan told Wales Online it was a ‘bit of a shock to the system’.

“It was more difficult getting a plane back, but we sorted one, flew back into London in plenty of time to be at work on Monday. It was all worth it. We have no regrets and will probably do it again, but it might be a few years before we can do it again.”

Dan added that he was ‘gutted to be back’ in the UK, though I imagine it would have been hard for the pair to keep up the no-sleep routine for much longer.

Footage of the impromptu holiday was shared by Dan on TikTok, where it has since racked up thousands of views.

The video will no doubt also act as a good reminder of the trip, the events of which will probably be a bit hazy after 36 hours of partying.