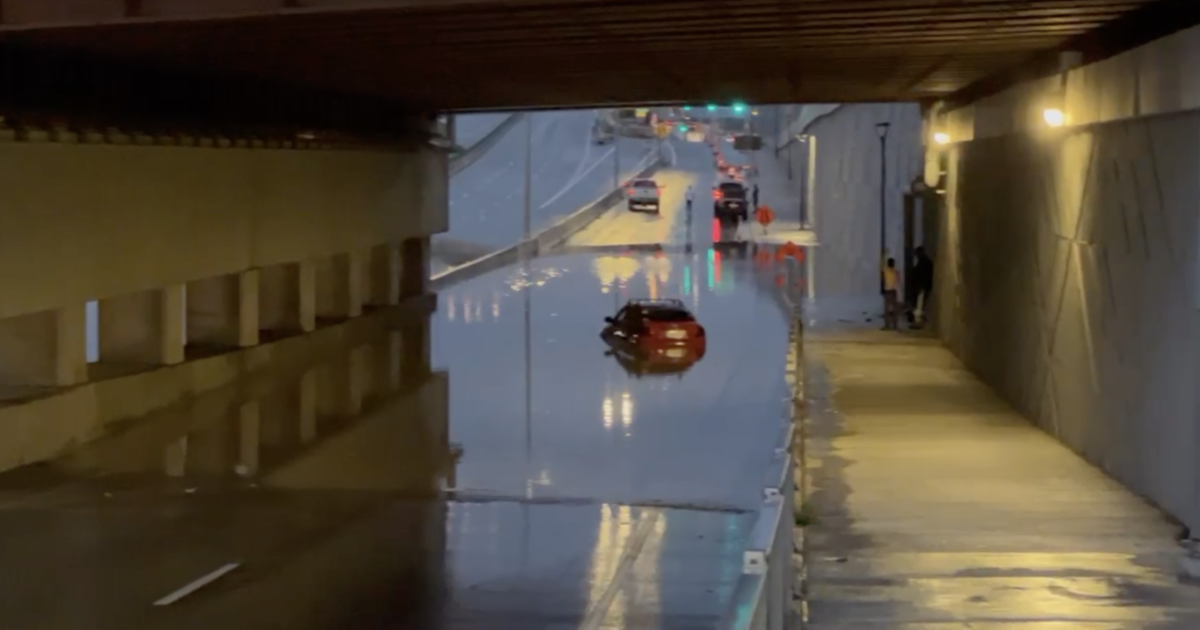 DENVER — Thunderstorms produced heavy rainfall causing flash flooding across parts of the Denver metro and the Front Range Sunday. As a result, a traffic nightmare unfolded on I-70 stranding drivers for hours. The Denver Fire Department also reported multiple rescues. The following blog recorded the flash flooding as it happened.

10:14 pm | CDOT RESPONSE TO FLOODING | When Denver7 inquired about Sunday evening’s flooding, especially around I-70, CDOT responded with the following explanation:

Yes, flooding occurred in the Central 70 Project area. The Central 70 Project is still an active construction project. Our drainage network is not yet complete, though it is nearing completion. Once our drainage system is fully complete, the lowered section of I-70 where flooding happened this evening is expected to withstand a 100-year storm event. Every construction project runs the risk of flooding while it’s in an interim phase. To help offset flooding from a system that is not yet complete, our contractor, Kiewit, is able to mobilize to help pump water out. The Central 70 Project is going to conduct a thorough investigation to determine what exactly caused the flooding this evening. Fortunately, as an active construction project, if there are any system failures we are able to go in and remedy any issues that occurred during this event. However, without conducting the investigation, we do not know if there was a system failure. We do know that 46th South Avenue is currently being constructed as a part of our Project between Brighton Boulevard and York Street above I-70, directly above where the flooding in the lowered section occurred. This section is not yet paved creating exceptionally muddy conditions that may have contributed to flooding. This is one area that we are going to be looking at during our investigation.

Safety is always CDOT’s number one priority, we will do what it takes to help prevent something like this from happening again in the future.

10:02 pm | ROAD REOPEN | I-70 has reopened in both directions between York and Steele after it closed due to flooding.

9:19 pm | DENVER FIRE DEPARTMENT RESCUE | The Denver Fire Department said authorities have rescued the most people Sunday evening at I-70 and York. In total, 11 people were rescued from the vehicles, said Lt. JD Chism, public information officer with the DFD. Currently, crews are diverting cars away from that area.

In addition, DFD rescued eight people from 38th and Blake.

As of now, nobody has been significantly injured in the flooding, Chism said.

9:17 pm | ROAD CLOSURE | The Colorado Department of Transportation said two left lanes of eastbound I-70 are closed at Washington Street (exit 275A) due to flooding. (UPDATE, 9:57 pm —This road has reopened.)

9:17 pm | DRIVERS EXPLAIN I-70 FLOODING | A man named Christian said he was driving along I-70 when water suddenly went over his car near York Street.

“What the hell, you know? Like, what happened? I had no idea this had happened,” he said.

He wasn’t able to open his car door, so he escaped the flooding through the windows.

9:08 p.m. | UPDATE: FLASH FLOOD WARNING | the flash flood warning for Denver, Aurora and Commerce City has been extended until 10:15 pm

8:43 pm | UPDATE ON I-70 FLOODING | Water appears to be receding near the Brighton Boulevard exit off Interstate 70. Some drivers have been able to drive though the water as it starts to go down.

8:20 pm | FLOODING ON I-70 | The Brighton Boulevard exit off Interstate 70 has flooded and multiple cars are disabled in the standing water. Traffic is at a standstill. A driver told Denver7 it was raining so hard, he couldn’t see the flooding until it was too late.

I-70 shut down: Multiple cars disabled during flooding

8:01 pm | FLASH FLOOD ADVISORY | The southeastern portion of the Cameron Peak burn area is under a flood advisory until 10 pm minor flooding is possible.

Watch flooding at 80th and Federal

4:45pm | DAY IMPACTS | There has been a total of 380 delays and 85 cancellations at Denver International Airport as of the time of this posting.

4:42 pm | NWS UPDATE | Thunderstorms with heavy rain are becoming more numerous across the northern Front Range. Flash flood threat expected to increase over the next few hours. Flood Watch remains in effect for the foothills, I-25 Corridor, and adjacent plains until Midnight.

4:02 p.m. | WEATHER WARNING | A flash flood warning was issued for east central Larimer County, including the Cameron Peak burn area, until 6:30 pm after thunderstorms producing heavy rain appeared on Doppler radar. Rainfall amounts of up to one inch per hour are possible in the warned area.