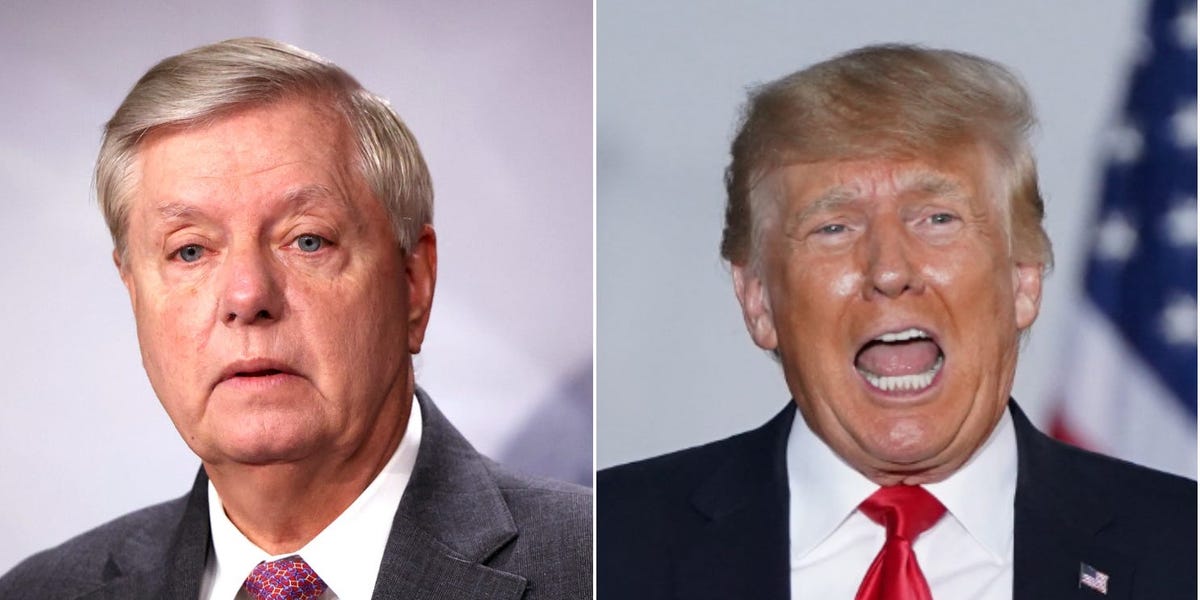 The tapes were played on CNN’s “Anderson Cooper 360” during an interview segment with New York Times reporters Alex Burns and Jonathan Martin. Martin interviewed Graham on January 6 directly after the riot, and the senator spoke candidly about then-President-elect Joe Biden and the former president, Trump.

In the first audio clip, Graham said he thought everyone would “come out of this stronger.”

“Moments like this reset. People will calm down. People will say, ‘I don’t want to be associated with that,'” Graham said. “This is a group within a group. What this does, there will be a rallying effect for a while, (then) the country says “We’re better than this.'”

He was then asked if Biden would help make that happen, to which Graham said: “Totally.”

“He’ll maybe be the best person to have,” Graham is heard saying. “I mean, how mad can you get at Joe Biden?”

In a second audio tape played on CNN, Graham is heard saying in an interview after the riot that he thought Trump “misjudged the passion,” criticizing the former president’s actions.

“He plays the TV game and he went too far here,” Graham said. “That rally didn’t help, talking about primarying Liz (Cheney.) He created a sense of revenge.”

Graham was likely referring to a part of Trump’s speech at the Ellipse on January 6, 2021, when Trump suggested that his supporters “primary the hell” out of those who do not fight to overturn the election.

Graham is known to be a staunch ally of the former President. However, Graham may have had a more complicated view of Trump. In Burns and Martin’s new book “This Will Not Pass,” they claim that Graham threatened to invoke the 25th Amendment to remove Trump from office during the Capitol riot. Trump later mocked Graham, calling him a “progressive senator” from South Carolina” during a March fundraising dinner at Mar-a-Lago.

Graham has also publicly criticized Trump for floating the possibility of pardons for Capitol rioters, calling Trump’s idea “inappropriate.” This then prompted Trump to call Graham a RINO, a GOP insult meaning “Republican in name only.” The term has been used often against Trump critics like GOP Reps. Liz Cheney and Adam Kinzinger.