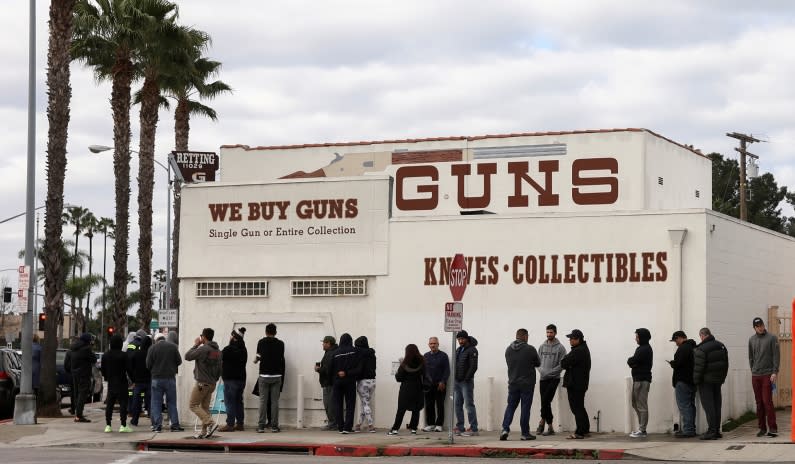 A California law banning young adults from purchasing semi-automatic weapons has been struck down by a federal appeals court as unconstitutional, a big win for Second Amendment advocates in the state and defeat for Governor Gavin Newsom.

In a 2-1 split ruling on Wednesday, the US Court of Appeals for the 9th Circuit ruled in favor of the plaintiffs in Jones v. nice, finding that the state’s law banning persons under 21 years of age from purchasing centerfire semi-automatic weapons was “a severe burden” on core Second Amendment rights. Per the ruling, persons in the state over the age of 18 will now be able to purchase a handgun without licensure.

The suit had been brought by the Matthew Jones, a resident of San Diego who was 20 at the time, and the Firearms Policy Coalition after the California State Legislature passed SB 1100 in 2019, in response to the Marjorie Stoneman Douglas High School shooting in Parkland , Fla.

Writing for the majority, Judge Ryan D. Nelson stated that “young adults have Second Amendment protections as persons who are part of a national community.” The 100-page decision extensively examined the history of youth owning weapons, going back to the early days of English colonists in the United States, and extensively cited the Supreme Court’s landmark gun rights case District of Columbia v. Heller. It reversed the US District Court for the Southern District of California, which had upheld the law on initial challenge.

Judge Kenneth K. Lee joined in the decision but wrote a concurrence explaining how the logic behind California’s decision could be used to erode other constitutional rights. Both judges were Trump appointees, with Senior Judge Sidney Stein – a Clinton appointee district judge from the Southern District of New York, sitting by designation on the 9th Circuit – dissenting.

The ruling is a big defeat for California Democrats, who had spearheaded the law as part of their progressive policy program to tackle gun violence in the state. The law was among those signed by Governor Newsom in his first year in office. jones was also the first high profile case litigated by California Attorney General Robert Bonta, who Newsom appointed to the role last year. In a statement, Bonta’s office said “California will continue to take all necessary steps to prevent and reduce gun violence,” but did not announce plans to appeal the decision to the US Supreme Court.

Newsom’s office made no comment on the ruling as of May 12. His administration has made gun regulations a primary political issue, and has proposed a gun buyback program for assault weapons. The bill, modeled on Texas’s fetal heartbeat restriction on abortion, would create a private right for citizens to sue gun providers for selling or importing such weapons to the state.

However, the 9th Circuit’s ruling did not invalidate the whole California law, and left some components intact. These included the requirement that California residents between 18 and 21 years of age acquire a hunting license before purchasing a rifle or shotgun, with exceptions for youth serving in the military and in law enforcement.

The decision from the 9th Circuit comes after the court has faced fierce criticism from Republicans for its progressive rulings. Under the Trump Administration, ten judges were nominated and confirmed to the court, bringing it to a majority of Republican-appointees. The Circuit is the largest federal appellate court – with 29 active judgeships serving over 70 million people across nine states and hears appeals from fifteen federal district courts. Its ruling will serve as a precedent for all courts in its jurisdiction.