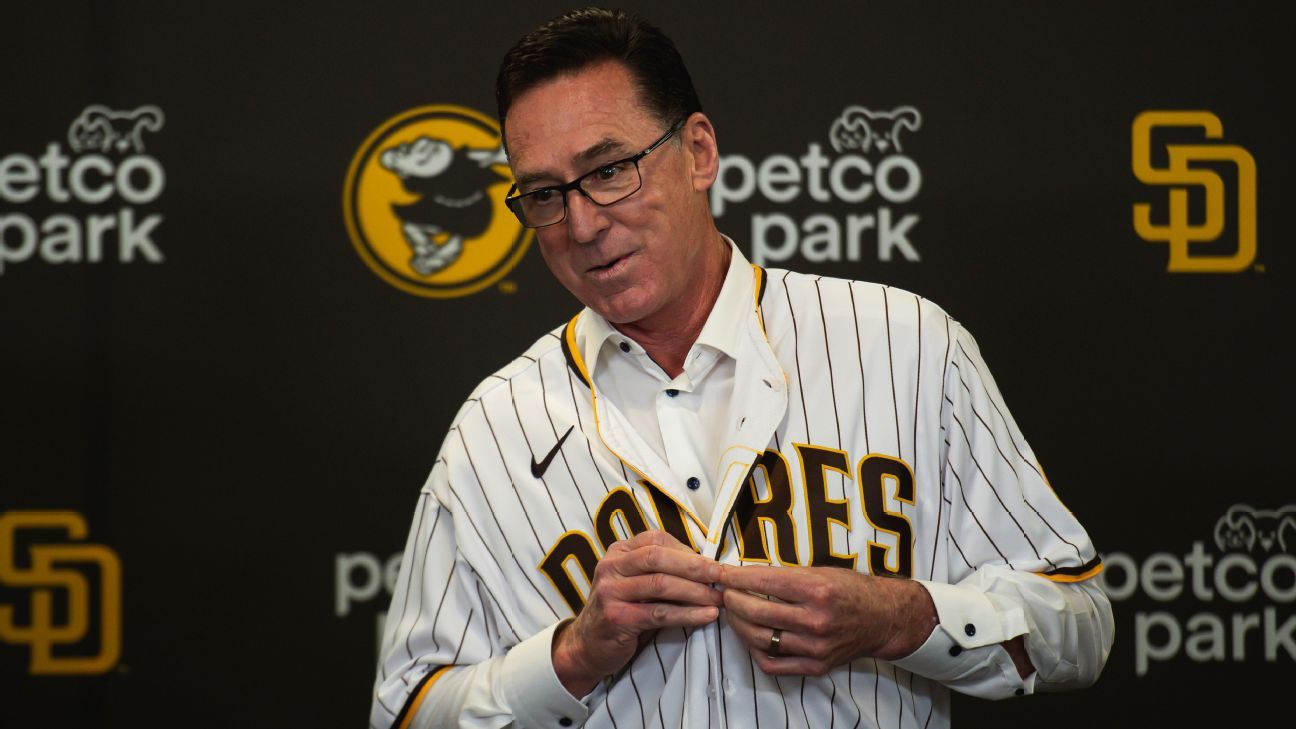 Melvin said he doesn’t think he has cancer, “but they won’t know until they get in there.” He was in street clothes during his pregame session with the media before Tuesday night’s game against the Chicago Cubs.

Melvin, who was hired away from Oakland on Nov. 1, said he’s been feeling various symptoms since the team returned from a road trip last Wednesday night.

He has been bothered by what the team called a gastrointestinal issue. He was at the ballpark last Thursday night but did not manage in a 2-1 win against Miami. He was replaced by bench coach Ryan Christenson.

On Monday evening, the Padres said Melvin might miss a few games in the coming days, including a series opener against the Cubs. A few hours later, they said Melvin was feeling a little better and decided to manage the game, a 6-0 loss.

Melvin wasn’t feeling well enough to do the postgame news conference, so third base coach Matt Williams handled it. The team announced that Christenson, who would have been interim manager if Melvin couldn’t have managed, entered COVID-19 protocols.

Christenson was cleared from protocol in time to manage Tuesday night in Melvin’s absence.

“Hopefully Ryan’s back today, too,” Melvin said. “I’m not sure what today’s going to look like, but on the road, yes. Our staff is great. They’ll probably do a better job than I would.”

The Cubs series ends Wednesday afternoon and the Padres begin a three-city, nine-game road trip that starts Friday and ends May 22. Melvin said he hopes to miss only the first six games, in Philadelphia and Atlanta. The trip concludes with three games in San Francisco.

Christenson came with Melvin from Oakland, where he was bench coach the last four seasons.

“He’s a future manager waiting to happen,” Melvin said. “You can ask any of these guys how impactful he is to them in any number of roles. He’s been with me for quite a while now and he is going to manage at some point in time. We look at the game similarly and he’s going to manage it basically kind of the way I do. We’ve been together long enough where he shouldn’t miss a beat.”