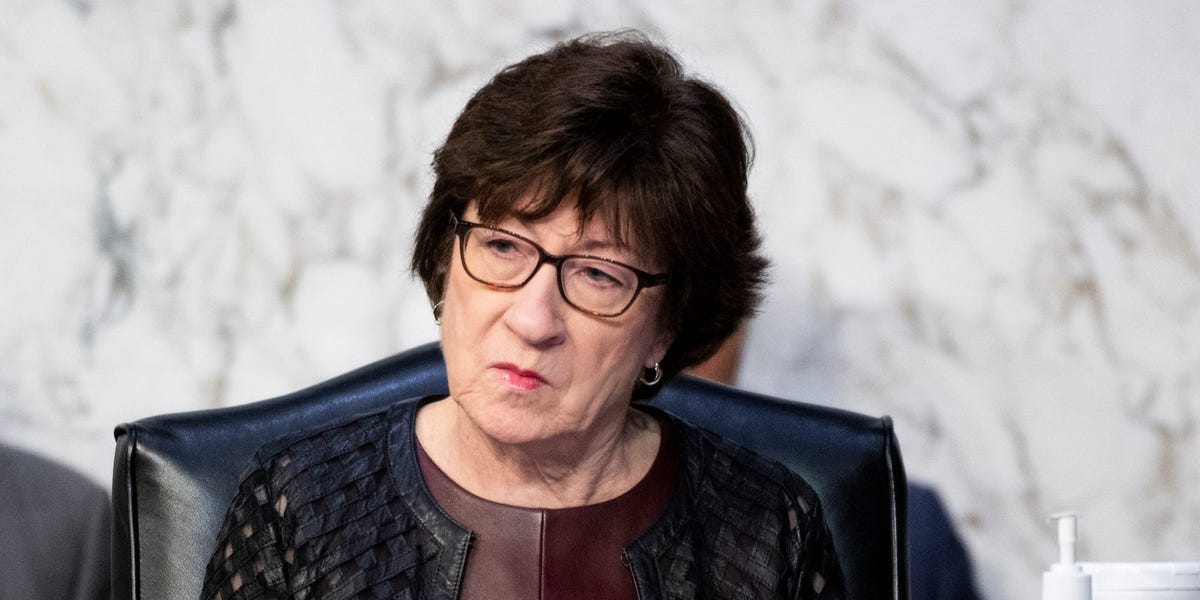 Republican Sen. Susan Collins of Maine, one of just two nominally pro-choice Republicans left in the Senate, called the cops on Saturday night over a pro-abortion rights message written in chalk in front of her house in Bangor.

According to Bangor Daily News, officers responded to a call at 9:20 pm on Saturday after the message “Susie, please, Mainers want WHPA —–> vote yes, clean up your mess” appeared on a public sidewalk on West Broadway street.

“WHPA” is a reference to the Women’s Health Protection Act, a bill that would codify the right to an abortion afforded by Roe v. Wade into federal law. Senate Democrats have teed up a vote on Wednesday on the bill — which was passed by the House in September — in the wake of the leak of a draft Supreme Court opinion overturning Roe.

“The message was not overtly threatening,” Wade Betters, a spokesperson for the Bangor Police Department, told the outlet, which also reported that the message was no longer visible by Monday afternoon.

“We are grateful to the Bangor police officers and the City public works employee who responded to the defacement of public property in front of our home,” the senator told the Bangor Daily News.

Collins, who describes herself as pro-abortion rights, opposes the Women’s Health Protection Act, arguing that the bill goes too far because medical providers who object to abortion for moral or religious reasons aren’t allowed to refuse performing the procedure. She’s said she’ll vote “no” on the legislation, which is expected to fail in the Senate without the support of Democratic Sen. Joe Manchin, who’s also stated his opposition to it.

“I could not vote for a judge who had demonstrated hostility to Roe v. Wade because it would indicate a lack of respect for precedent,” she told CBS in 2018, adding that Justice Kavanaugh told her that he “views precedent not just as a legal doctrine but as rooted in our Constitution.”

Collins criticized Gorsuch and Kavanaugh’s reported support for revoking the constitutional right to an abortion following the publication of the draft opinion by Politico last week.

“If this leaked draft opinion is the final decision and this reporting is accurate, it would be completely inconsistent with what Justice Gorsuch and Justice Kavanaugh said in their hearings and in our meetings in my office,” Collins said in a statement.