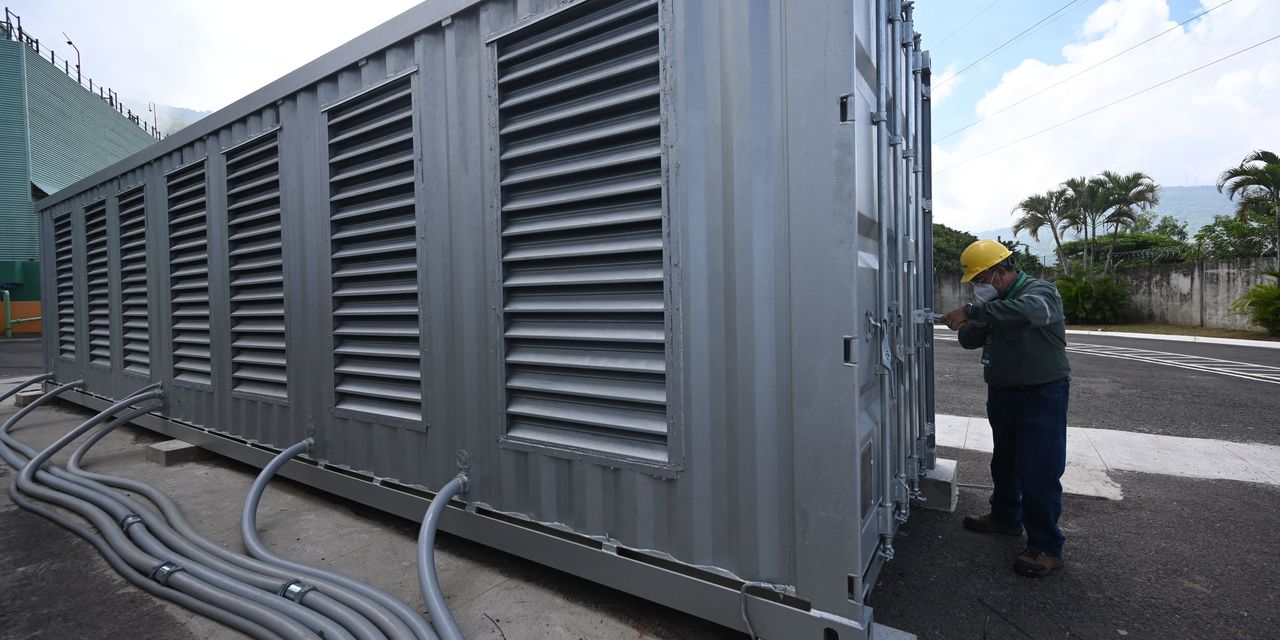 Bitcoin and other cryptocurrency prices were edging lower on Wednesday, in step with other assets such as stocks and commodities.

the no. 1 cryptocurrency BTCUSD
was hovering above the important $20,000 level, but was down 3% over the last 24 hours. US stocks SPX

COMP
opened lower Wednesday after a bounce to start the week.

A chart from Marcus Sotiriou, analyst at digital asset broker GlobalBlock CA:BLOK
shows the pressure that’s been on bitcoin prices, with some miners selling as energy costs rise.

He points to Bitfarms CA:BITF

BITF†
a major Canadian mining farm that said Tuesday it was “no longer HODLing” all its daily BTC production, to allow it to raise more cash and firm up its balance sheet. Bitfarms said about the past week it sold 3,000 BTC for around $62 million.

The term HODL refers to a popular strategy among crypto enthusiasts — “hold on for dear life,” and not sell their investments no matter what. Bitfarm’s strategy shift comes as bitcoin’s price has tumbled from over $32,000 to its present level above $20,000 in the past month. The crypto has lost around 70% from a high seen last November.

Bitfarms explained that part of the proceeds would go toward reducing their debt with Galaxy Digital, with whom they have a BTC-backed credit facility.

But Sotiriou said the main reason for the sale was “due to profitability decreasing with increasing electricity prices, so they are forced to liquidate some if their Bitcoin to cover operating costs.” And by no longer HODLing daily, “Bitfarms will most likely create constant selling pressure on the market,” he added.

The analyst pointed to Glassnode data that showed other miners have also been sellers recently. “Miners’ balances have stagnated from the 2019-21 accumulation uptrend and reversed into decline. Miners’ have spent around 9k $BTC from their treasuries last week, down from around 60k $BTC,” he said.

Read: Betting against bitcoin? You can now do it via an ETF in the US

Granted, he noted that miners have sold during past bull/bear markets, such as during the November 2018 low of the last bear market when miners capitulated on the way down to $3,000. They accumulate in bull markets and sell in bear markets just to cover interest payments given high leverage, or to pay for higher costs.

Bitcoin miner stocks are in the red year-to-date, with Bitfarms down 71% and similar losses for Hut 8 Mining HUT
and Riot Blockchain RIOT†
while Bit Digital BTBT
is down more than 50%.

As for whether institutions or retails are facing bigger loses from crypto falls recently, Sotiriou said both are holding “massive unrealized losses, worse than 2020,” according to Glassnode data.

He also noted that actively managed crypto ETF Canada’s Purpose dumped 50% of its bitcoin holdings last Friday, selling 24,500 bitcoin on June 18, 2022 as the price plunged to a low that of $17,600 on that same day.

“This is a result of crypto lenders being overgenerous and borrowers taking on too much debt and therefore risk, and has led to the recently forced selling of BTC and ETH,” he said.

Opinion: What Ben Bernanke and other bitcoin skeptics get wrong about crypto — even after this latest crash