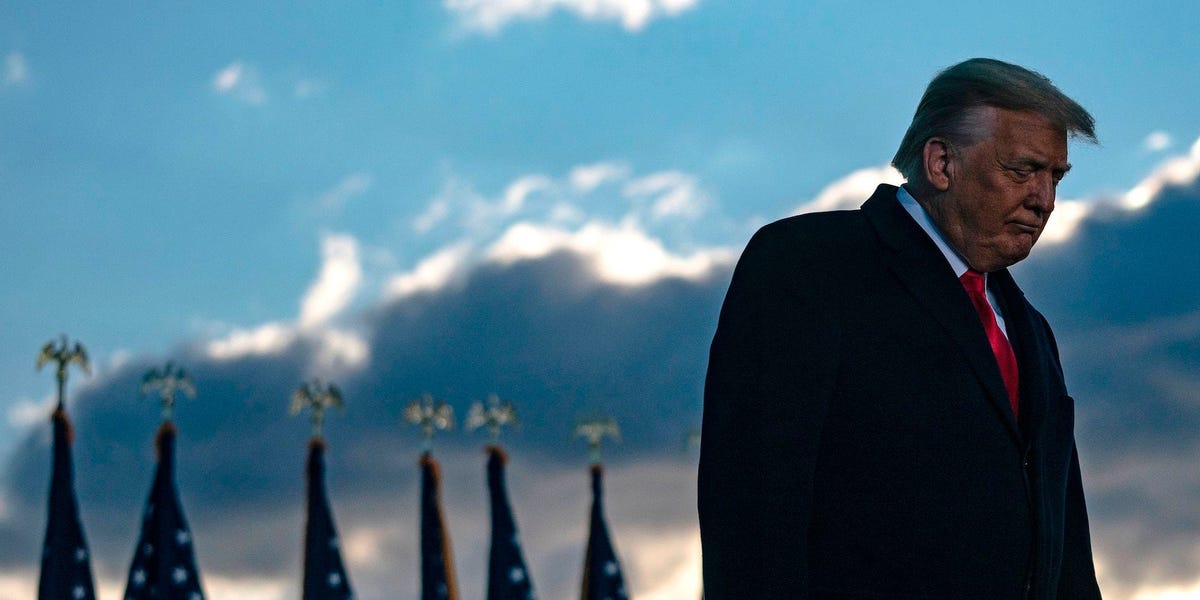 On January 20, 2021, a who’s who of the most prominent leaders in American government headed to the United States Capitol to attend the inaugural ceremony of Joe Biden, who would assume the presidency that day after a hard-fought election.

Even when most modern presidents were unable to secure reelection to a second term, they attended the inauguration of their successors, taking part in a peaceful transfer of power that had long been the envy of many nations around the world.

However, President Donald Trump — whose campaign team vigorously contested the results before Biden took office and who continues to make unfounded claims that the election was “stolen” from him — decided to skip the inaugural, departing the White House early that morning en route to Joint Base Andrews in Maryland before heading to his Mar-a-Lago residence in South Florida.

Former Secretary of Defense Mark Esper — who served under Trump as Navy secretary from 2017 to 2019 and in his aforementioned role from 2019 until his November 2020 termination by the former president – ​​was not happy about the situation, as he detailed in his recently-released book, “A Sacred Oath: Memoirs of a Secretary of Defense During Extraordinary Times.”

Esper, a graduate of the United States Military Academy, said Trump’s decision to forgo attending the ceremony undermined Biden’s standing with a wide swath of the public.

“Donald Trump did not even bother to attend the Inauguration — the first sitting and able president to skip his successor’s inauguration since 1869,” he wrote in his book, which released on Tuesday. “It was a final act of petulance that defied tradition, tarnished our democracy, and further damaged Biden’s legitimacy with millions of Americans.”

Esper also noted the military’s role in the inaugural activities, which was heightened in the wake of the January 6, 2021, insurrection at the same Capitol complex where the main ceremony was held. After the riot, fencing with barbed wire was installed around the historic building to provide an additional layer of security.

“The military played its traditional part in the peaceful transfer of power, however — providing honor cordons and military bands to welcome the new president and vice president — while also securing the city from those misguided Trump true believers who might want to interrupt the sanctity of a peaceful, orderly, democratic transfer of power,” he wrote.

During the ceremony, Esper said he felt relief that Trump — whom he was highly critical of his memoir — would be replaced with a new leader.

“I sat at home, watching carefully, eagerly, and finally, both pleased and relieved that we had made it — the nation made it,” he wrote. “We had a new commander in chief.”

A representative for Trump did not immediately respond to a request for comment from Insider.